Alignment and harmonization are specified in the 2005 Paris Declaration as two of five key principles of aid effectiveness. These principles refer to the adoption of common M&E systems and a shared development agenda by donors and aid-recipient countries. According to the OECD, effectively aligned and harmonized donor and government M&E systems maximize the collective efficacy of aid. In contrast, having separate, parallel donor and government M&E systems hinders the development of in-country institutions and overburdens government ministries with multiple data collection and reporting requirements.

Donor Support and Harmonization of M&E

Harmonization of M&E refers to the extent to which countries and donors use common M&E frameworks, indicators, and reporting systems. In addition to information from case studies and evaluations of M&E systems, EPAR used an OECD-based indicator, the number of parallel project implementation units (PIUs), to assess M&E harmonization. PIUs are structures donors create for the efficient management of aid-funded projects, but some authors argue they have a tendency to develop into parallel organizations, weaken government demand for M&E, and increase overall M&E costs. As discussed in previous posts, separate donor systems can also limit the availability of trained staff for government M&E systems.

Among the 42 systems reviewed, evidence suggests that 11 are actively working to align government and donor M&E systems and reduce redundancies. For instance, donors in Senegal decreased parallel PIUs by 80% between 2007 and 2010 and coordinated about half of their country analysis with donors. Harmonization efforts were found in thirteen systems but with some remaining challenges. In another 12, seven of which are HIV/AIDS M&E systems, donors and governments continue to have separate M&E systems with little evidence of increasing harmonization.

Donors sometimes provide technical support for M&E systems to improve aid effectiveness, including strategic guidance for developing and implementing M&E systems, funding for research and evaluation, and technical training and capacity building for government data collection and analysis. Donors provide technical support for M&E implementation to a large majority of the systems reviewed (32 of 42). For example, Mali’s system organizes donor groups into different sectors to coordinate technical and financial assistance (including building national capacity on data collection), publishing annual action plans, and funding a large portion of data collection and analysis. Similarly, in Benin, both the government and development partners carry out evaluations.

Mutual accountability refers to the joint responsibility between donors and aid-recipient countries for implementing, managing, and evaluating aid. A 2010 survey for the Development Cooperation Forum finds that recipient countries which have high mutual accountability with donors report improved national development strategies, increased emphasis on results monitoring and evaluation, and greater prioritization of spending needs.

Mutual accountability among the 25 sector-specific health, agriculture, and HIV/AIDS M&E systems is assessed based on case studies. For example, the Mozambique Health M&E system rates “high” based on evidence that they have developed a global partnership agreement and conduct regular mutual assessments. For the majority of these systems (15 of 25), however, there is insufficient information to judge the level of mutual accountability between recipient governments and donors.

Disseminating M&E information is related to mutual accountability, and involves governments sharing results data publicly and with outside stakeholders. An ODI report finds that efforts to make aid more transparent, including sharing M&E data externally, are crucial for aid effectiveness. In the majority of programs reviewed (29 out of 42), EPAR finds that government M&E systems disseminate their results information to external stakeholders, generally through periodic reports but occasionally through public meetings or joint reviews. Another five systems describe plans but show no evidence of follow-through for sharing results information with development partners. Twelve of the 42 M&E systems reviewed post their results data on public websites, and another eight indicate plans to do so.

While a majority of aid-recipient government systems disseminate M&E information externally and receive technical support from donors, EPAR finds that efforts to align donor and government systems have been more limited. These findings are consistent with the 2011 OECD progress report on donor aid effectiveness targets, which argues that while enhanced mutual accountability is becoming more common, many donor and government M&E systems remain incompletely aligned and harmonized. Evidence from the OECD and ODI suggests that countries that are gradually aligning their M&E systems and introducing mutual accountability mechanisms with donors are benefitting from increasing ownership of monitoring and evaluation activities, more open and trust-based dialogue between donors and governments, and improved donor responsiveness to country priorities.

References to evidence linked in this post are included in the full report. This series is guest-written by the Evans School Policy Analysis and Research (EPAR) Group at the University of Washington in collaboration with Development Gateway and the Results Data Initiative. View the first, second, and third posts.

The Results Data Initiative has Ended, but We’re still Learning from It

If an organization with an existing culture of learning and adaptation gets lucky, and an innovative funding opportunity appears, the result can be a perfect storm for changing everything. The Results Data Initiative was that perfect storm for DG. RDI confirmed that simply building technology and supplying data is not enough to ensure data is actually used. It also allowed us to test our assumptions and develop new solutions, methodologies & approaches to more effectively implement our work.

Catalyzing Use of Gender Data

From our experience understanding data use, the primary obstacle to measuring and organizational learning from feminist outcomes is that development actors do not always capture gender data systematically. What can be done to change that? 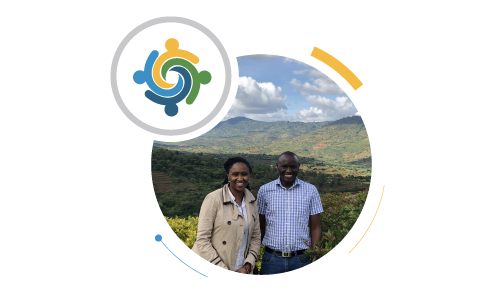 Development Gateway’s mission is to support the use of data, technology, and evidence to create more effective and responsive institutions. We envision a world where institutions listen and respond to the needs of their constituents; are accountable; and are efficient in targeting and delivering services that improve lives. Since late 2018, we’ve been operating under