According to the Human Development Index, the Democratic Republic of the Congo (DRC) ranks 177 out of 179 countries-firmly placing it as the third least developed nation in the world. In a country plagued by a civil war that has cost approximately five million lives, and where government institutions are strained for resources and lack the necessary tools for effective oversight, progress is a relative term. Yet recent developments in the area of government capacity building indicate that real progress is being made.

Since 2007, Development Gateway, through support from Belgium, has been working with its partners in the Congolese government on the implementation of its aid management program. The program builds capacity to track and report on funding flows. It is making a real different in terms of aid effectiveness.

According to the OECD, overseas development assistance (ODA) has ranged anywhere between 15% and 30% of gross national income in the DRC over the past four years. In 2007 alone, ODA reached nearly $2.1 billion. Yet, as is the case in most post-conflict countries, the government of the DRC has had limited, if any, information on many of the externally funded development projects taking place there.

Without accurate data on aid flows, it is impossible for governments to make informed decisions on development programs, and to identify needs and priorities. One way of overcoming these deficiencies is through the introduction of aid management tools.

Development Gateway’s aid management program incorporates one such tool. The program, consisting of a three-year capacity building and training component, provides an online platform where ODA information is recorded, tracked, and used to empower the government to make more effective decisions on resource allocation. The capacity building component of the program sets it apart from other systems of aid management. By building a strong rapport with users in government ministries, Development Gateway increases the likelihood of program sustainability.

The software used in this platform is open source and government owned-allowing for free transfers of software and alterations to the code.

The Aid Management Platform in the DRC currently contains 1,300 activities representing more than $7 billion in commitments. This is significant given the earlier lack of data. The government has also begun to use the system to manage domestically financed investment as well as aid activities.

The DRC’s implementation of the aid management program and its newly found ability to facilitate planning, budgeting, and the reviewing of development projects, illustrates that positive changes are taking place, increasing the overall effectiveness of aid. 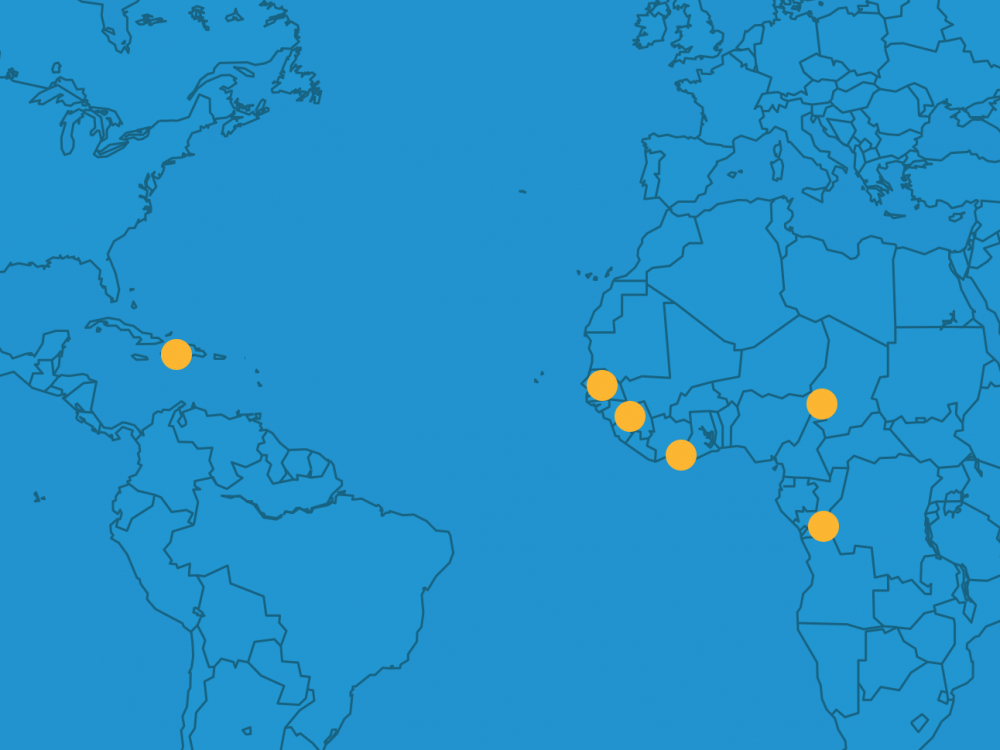 DG has been implementing projects in French-speaking African and Caribbean countries since 2007. We apply our technical expertise to develop multilingual customized tools, processes, and analyses to help our partners achieve results in various domains including development assistance, agriculture, extractive industries, and health. This newsletter highlights DG's ongoing work in francophone countries.

DG has been implementing projects in French-speaking African and Caribbean countries since 2007. We apply our technical expertise to develop multilingual customized tools, processes, and analyses to help our partners achieve results in various domains including development assistance, agriculture, extractive industries, and health. This newsletter highlights DG's ongoing work in francophone countries.