Honduras recently became the first country in Central America and the second middle-income country to use the Aid Management Platform (AMP, or Plataforma de Gestión de la Ayuda in Spanish). During this initial pilot phase of the project, eleven people from the government’s Secretaría Técnica de Planificación y Cooperación Externa (SEPLAN) have been certified to use the system and four people have become certified administrators. 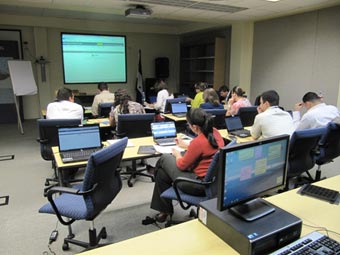 Government officials were eager to begin using AMP to manage the aid the country receives. During the implementation, data were transferred from an existing database to AMP. Then, using mapping tools initially developed and piloted for the government of Liberia, the projects in the platform were mapped for the first time. With the data mapped, the AMP users can see the volume and types of projects underway around the country.

The project was funded by UNDP, CIDA, the EC, and the Government of Honduras. The government officials involved in the project have shown considerable investment in the platform and hope to launch AMP to the public this year.