“Basically, we used to have two methods of getting information on water infrastructure… The first… [was] the water department at the municipal level would visit the villages once or twice a year during the months of June and December to do stock-taking of all water points and their functionality status.

“The second method was to sit and wait for villagers to come and report once they encountered problems with their water points… They would report either through letters or by physically coming to our offices – or even through the village chairperson, village executive officers, or the ward councilors, who would then relay these reports to the Council Management Team.”

Access to fresh water is a priority in Tanzania, and around the world. The Sensors, Empowerment, and Accountability (SEMA) network – a multi-stakeholder innovation – aims to strengthen the quality and completeness of data within the Government’s Water Point Mapping System (WPMS), by involving local communities in the process.

Before rolling out SEMA to the four pilot districts, we worked to identify community reporters. These individuals would use the SEMA mobile application to update water point statuses. Prioritizing women candidates, District Water Engineers (DWEs) selected community reporters based on the following criteria:

Community reporters were assigned a maximum of three water points – typically near their residences – and were asked to submit updates on a monthly basis. 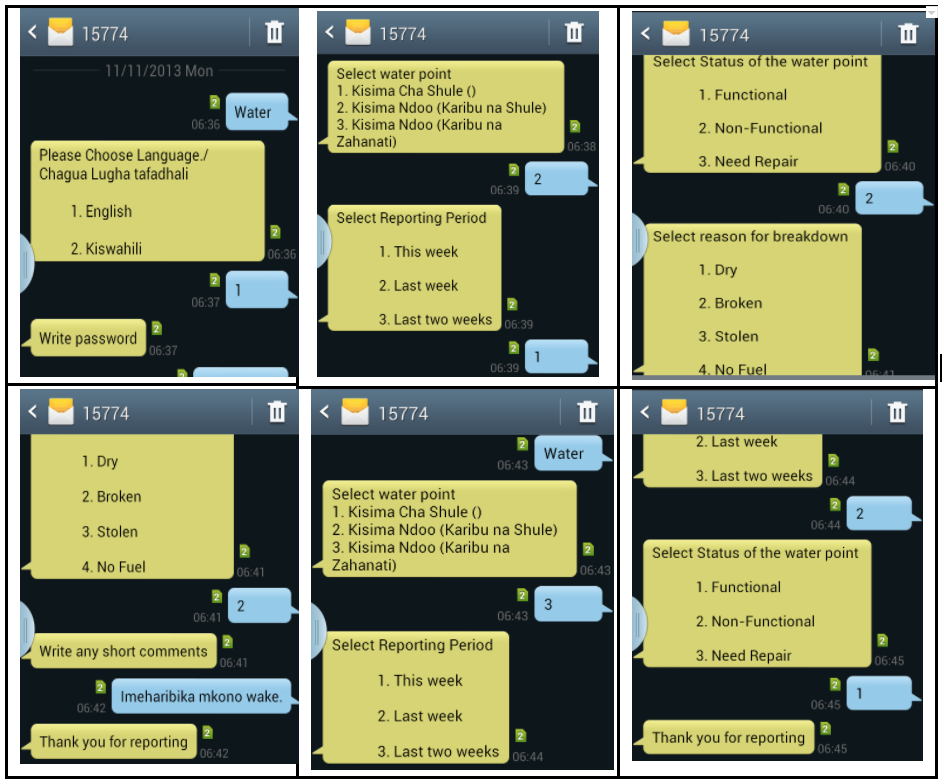 Today, we have over a year’s worth of data from Bunda district, and several months of information from Mufindi, Njombe, and Morogoro. So what have been some of the key takeaways from our community approach?

Citizen-generated data can fill government data gaps. The longer community reporters are active, the more water points that were not previously captured by WPMS have been reported. In Bunda district, citizen reporters have added over 160 water points over the past year.

Consistency is a challenge – but not due to mobile fees. Most water points are not reported on monthly; however, costs associated with reporting do not seem to be a factor.  For example, those using Airtel could report for free, but still there was not a corresponding increase in report consistency at the district level.

Technical help and automated reminders support reporting consistency. As part of the rollout, a technical Helpdesk provided support and reminders to community reporters. When the Helpdesk contract ended in December 2016, there was a 5-7% decline in overall water point reports across the four districts – indicating the value of an on-demand “safety net”.

So, how has SEMA changed the way the Ministry of Water and Irrigation gathers data from the districts? As the DWE from Bunda shared:

“What is outstanding here is the way we are getting the information. It is very fast now; it is just a matter of going into the system and checking… This system has really made a difference.”

In our next post, we will explore the SEMA Dashboards’ use of visualization, GIS, and risk mapping to support government accountability and planning.